The benefits of 3D printing within contract electronics manufacturing 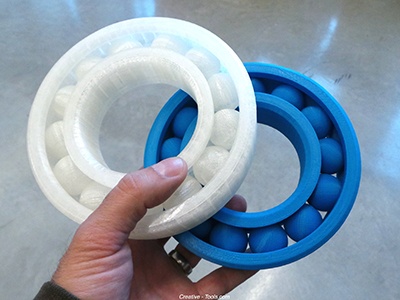 The buzz around 3D printing, or additive manufacturing as it also known, continues to grow day-by-day and it is regularly hailed as a revolutionary "new" process. But did you know 3D printing has actually been around for over thirty years?

That’s right, back in 1984, a patent was filed by three French inventors for the stereolithography process and then in the late 80s, Charles W Hull founded his company 3D Systems in California - and Scott Crump at Stratasys, another of today’s leaders in the field, launched his first 3D printer.

Fast forward to 2016, and the market has grown exponentially with 3D Systems now employing over two thousand people with revenues in excess of $660m. And according to McKinsey Global Institute research, the economic implications of 3D printing could be up to $550 billion a year by 2025. So it’s fair to say we should probably believe some of the hype.

In this blog post, we will discuss the basics of 3D printing and the different types of printing processes that exist, along with the benefits these bring to contract electronics manufacturers (CEMs) and the customers they serve.

How does 3D printing work?

Put simply, a 3D object is created by the successive addition of thin layers of material placed on top of each other.

What equipment or tools do I need to create a 3D printed object?

You will need a 3D printer attached to a computer, along with 3D modelling software to output CAD data of the object you intend to make. You will also need a range of materials to "print", depending on the type of printer you have.

What materials can be used to make a 3D printed model?

More than you probably thought! A wide range of plastics are available with polylactic acid (PLA) being the most popular and easiest to use, particularly for those starting out. In addition, it’s possible to now print a range of resins, stainless steel, bronze, silver, gold, titanium, ceramic and also wood/polymer composite known as LayWood. Expect this list to grow rapidly though with experiments in food (chocolate being the most common) and bio materials already taking place around the world.

Anywhere between seven and twelve, depending on which source you read. By far the most common is fused deposition modelling (FDM), which was developed by Stratasys and has also now become known by its post-patent-expiry generic name of Freeform Fabrication (FFF). This involves melting plastic filament, which is then deposited, via a heated extruder, one layer at a time onto a build platform. You can find a complete beginners guide with easy-to-digest visuals of the more common processes  here.

Like everything else related to this topic, technology is moving at an incredible pace. For example, Carbon unveiled their ground breaking technology referred to as Continuous Liquid Interface Production (CLIP) in a TED Talk back in March 2015. Just over a year later, they have launched their first commercial printer – the M1. If you haven’t seen CLIP in action yet, it’s well worth a watch.

So how can contract electronics manufactures benefit from using 3D printers?

One of the main benefits 3D printing offers within contract electronics manufacturing is in the creation of customer specific production or test jigs. Due to a variety of customers, products and markets, CEMs could find themselves having a demand for 20-30 custom jigs each year. These jigs are often used to enable consistent results or improvements throughout and some common examples include:

Historically, many of these would have been outsourced. A relatively small CNC machined jig could cost anywhere between £100-£200 and, once you take into consideration order placement and delivery, the CEM may not have it available for several days. The same 3D printed version would cost around £8 in materials and could easily be out on the production line within a few hours. It’s possible to buy a decent quality/size desktop FDM 3D printer with fume extraction and the ability to print a number of different material types for under two thousand pounds, which makes it easy to see the appeal and potential return on investment.

CEMs have also started to use 3D printers to create their own tools. This can be particularly beneficial when on-going demand for a project is low or a bespoke tool is required - for example, those required to tighten/loosen castellated nuts. While the production teams within the CEM should have access to a broad range of tools on a daily basis, they won’t always have everything they need. Certain tools can cost several hundreds of pounds and also be on extended lead-times, so printing them out when they are needed soon becomes a viable option. Despite being printed in plastic, unless the assembly requires an unusually high torque setting, these tools are perfectly strong enough. There’s also an advantage that plastic tools are less likely to scratch or mark when used which can be an issue when it comes to complex electro-mechanical assemblies that contain a high level of machined parts or bespoke metalwork.

Finally, 3D printers are enabling CEMs to work closer with their customers during the prototype build. It’s now much easier for the CEM and original equipment manufacturer (OEM) to overcome design or build related issues on box build requirements - i.e. when a PCB assembly is housed within an enclosure. A newly designed enclosure, or a modified version of the original, can quickly be printed out without the need for the OEM to pay expensive set up or tooling charges whilst the engineering review is taking place.

Unless demand is incredibly low, it’s unlikely that the final enclosure would be "mass produced" by the CEM. However, the updated drawings, which are generated as a result of the engineering review, can then be sent to a third party supplier so that production volume enclosures are guaranteed fit for purpose and don’t cause assembly issues further down the line.

Although a small number of CEMs have already invested in 3D printers, I don’t think it will be long before their customers start viewing these as "standard" pieces of equipment alongside the pick and place machines. As 3D printing technology continues to evolve, so too will its application within electronics manufacturing. In what could be argued as an act of role reversal, it will now be down to the CEM to decide upon the best strategy - make or buy?!