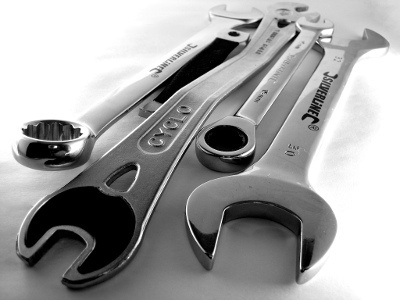 When it comes to supply chain excellence, mitigating the risk of "suspect" electronic devices is a key priority for most contract electronics manufacturers (CEMs). However, the only real way to prevent such items from finding their way onto electronic assemblies is to invest in an array of inspection tools.

But apart from trained inspectors and robust procedures, what else do CEMs need in their inspection tool kit?

Well, as it turns out, quite a lot – as those responsible for producing counterfeit electronic components continue to evolve the techniques they use. This means it’s no longer possible to simply rely on a couple of basic checks and, increasingly, combinations of inspection equipment have to be used, in order to identify suspect parts.

In this blog post we list the inspection tools and equipment CEM providers should be using to mitigate suspect items entering their supply chains, and what they are used for. While not all of these checks will be carried out each time, we have tried to list the equipment in the sequence it would typically be used so you can get an idea of the process flow.

Yes, even the humble bar code scanner plays a part within counterfeit avoidance! In an attempt to pass the early goods inwards checks, great care and attention is given to outer packaging and product labels to try and make them look like the real thing. However, often things aren’t quite right and CEMs use bar code scanners to verify the codes scan correctly in the first place and that any output information matches what they expect to see.

Manufacturers' datasheets hold key pieces of information which CEMs can check against – like pin configurations, operating circuits, electrical characteristics and package dimensions. If the size and shape of the component differs from the datasheet (a common giveaway when devices have been "blacktopped"), or the output from electrical tests cause concern, further checks will need carrying out. Component datasheets can be easily downloaded direct from manufacturers’ websites or by accessing a directory like this one.

These are used to accurately measure the dimensions of devices in accordance with manufacturers' datasheets. The difference between a component that has been blacktopped and one that hasn’t can be a matter of microns - therefore, it’s important to invest in precision instruments. The good news is these are widely available and one of the less expensive tools in the CEM’s armoury, with prices starting from just £10.

Sometimes referred to as volt or ohm meters, these are used by CEMs to carry out basic electronic measurements, again referring back to manufacturers' datasheets to verify the readings match.

As surface mount (SMT) components continue to reduce in size, particularly passive devices like resistors and capacitors, manufacturers are often forced to abbreviate part or value markings and, in some cases, abandon them all together. This provides an ideal opportunity for those counterfeiting these components, as there is one less visual identifier to contend with. Providing the outer packaging and the reels the parts are supplied on look legitimate there is a possibility they could pass goods inwards inspection. Smart tweezers, however, can be used to measure the inductance, capacitance or resistance of these devices as a way of verifying that they are what they claim to be.

This product, available from ABI Electronics, is an effective way of measuring the unique electrical signature of components. Comparing the parts received against a database of known "good" devices, this simple-to-use product provides information to inspectors on elements such as missing dies and bond wires, which obviously cannot be seen through visual inspection.

Due to the increase in quality of some counterfeit devices high magnification scopes should be used to thoroughly inspect the top, side, underneath and leads of the part. Bench magnifiers or the naked eye simply won’t cut it and shouldn’t be relied upon to pick up some of the finer tell-tale signs of suspect devices – like scratch marks on leads which suggest that they are "pulls".

This non-destructive test is used to determine what alloy the terminations are on components for RoHS compliance purposes. While many component manufacturers amend their component part numbers – often by adding a suffix to them - some don’t, throwing into question whether the parts are compliant or not.

In accordance with MIL-STD-883J, an appropriate solvent solution should be used to test the marking permanency of electronic components. Part markings should not come off, smudge or become illegible when subjected to the solution – if they do it suggests the parts could have been remarked after the original manufacturing process.

A more aggressive solution like acetone is often used as a secondary test after solvent to identify any signs of blacktopping. If black residue appears when acetone is rubbed gently across the top of the device then it could suggest the part has been sanded down, "blacktopped" and then remarked as something else.

This is another simple yet effective tool for CEM goods inwards inspectors to use, in order to remove blacktopping coating. Clearly, the inspector will need to have some causes for concern at this stage as this process is destructive - i.e. it will damage the device.

These are used by inspectors to check if the leads of devices will solder correctly during the assembly process. It’s not unusual for older revision devices to be blacktopped and then remarked as a much newer device. Fortunately, the original leads are often left untouched and could therefore show signs of tarnishing, which is where the solder pot can help during the investigation. Even when parts are genuine, solder pots can be a useful addition for verifying the devices received with older date codes have been stored correctly during their lifetime and will solder onto printed circuit boards (PCBs).

While it’s possible to carry out a number of visual checks using some of the equipment above, some of the more critical ones require the use of X-ray. This is a significant investment for CEMs so is unlikely to be something that many providers have in-house. X-Ray is used to see inside the device and help identify if bond wires have been formed/connected correctly. If these bond wires do not link the silicon die to the relevant leg on the lead frame then the device won’t function correctly.

A destructive test, often used for failure analysis, decapsulation involves removing the surface of a device through either chemical (high concentrated acid) or laser etching, in order for inspectors to access the internal die. This process allows inspectors to further investigate whether the die has been re-assembled or re-packaged. Outside of counterfeit avoidance, this process can also help verify if the component has been subjected to physical damage or overload, resulting in a catastrophic failure.

So these are some of the tools of the trade that many CEMs will have invested in and be using daily to mitigate the risk of counterfeit devices ending up in their clients' products. In addition to the above, items such as ovens, dry storage cabinets, taping and reeling equipment, along with vacuum packaging machines, will be needed to correctly handle and repackage devices after investigation.

Hopefully this blog post has helped to give you an insight into the common inspection tools CEM providers use and the vigilance required to identify suspect electronic devices and remove them from supply chains.