Offshoring, onshoring, nearshoring, bestshoring: what do they mean? 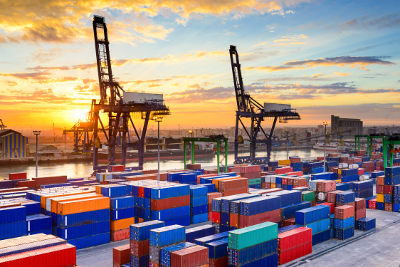 As an original equipment manufacturer (OEM), you will have heard the terms 'offshoring', 'onshoring', ‘reshoring,’ 'nearshoring' and the like. If you are in the planning stages of an outsourcing programme it's important to understand each term and the implications of choosing between them.

Making the right decision about the location for your manufacturing supply chain could generate significant financial gains for your company - but get it wrong and you could be exposing your business to significant risk.

This blog will look at the terms offshoring, onshoring and nearshoring - and the lesser known 'bestshoring' - and will explain some of the opportunities, challenges and limitations associated with each.

Offshoring involves relocating part or all of a business function from one country to another, usually as a means of reducing costs and engaging particular skills. For instance, a western-based OEM may outsource the production of one or all of its products to a supplier in China to take advantage of lower wages and material costs, and to gain access to a specialised labour market.

OEMs in the developed world began outsourcing production to lower cost base countries in earnest in the 1970s and 1980s, and that practice accelerated into the new millennium. Between 1994 and 2004, offshoring in the manufacturing sector increased by 35 per cent.

Yet offshoring doesn't come without its issues. The geographical distance between the two parties often means a lack of face to face contact, meaning trust can be undermined. This can make the OEM vulnerable to threats such as intellectual property theft and fraud. There may also be cultural, linguistic and geographical hurdles to overcome; as well as the practical problems brought on by time differences and local employment laws and practices.

You may be interested in reading our eBook, "Supply Chain Excellence: The crucial element within Contract Electronics Manufacturing" which you can download here:

Recently many companies have begun to reverse their offshoring ventures and are bringing back their operations to home soil. This phenomenon is known as 'onshoring', 'reshoring', 'inshoring' or 'backshoring'. These terms refer to OEMs continuing to work with contract manufacturing partners, but only those that operate within their own countries.

Following on from the race to offshore during the last twenty five years, what is behind this reverse in trend? Two factors contributing to this phenomenon are rising labour and transport costs. To put some scale on this, since 2001, hourly manufacturing wages in China have risen by an average of 12 per cent a year. Couple that with the fact that, notwithstanding the current blip, global oil prices have steadily increased over recent years, and it's easy to see why the impressive profit savings initially associated with the offshoring of yesteryear are under threat.

According to PwC, the growing trend for reshoring jobs once outsourced overseas could boost the UK economy by between 0.4 per cent and 0.8 per cent. That's roughly £6bn to £12bn over the next ten years in today’s values.

When an OEM outsources part or all of its operation to a nearby country, it is known as 'nearshoring'. This scenario sees the OEM moving its operation to a lower-cost organisation while maintaining a geographic and cultural proximity. It's often seen as the happy middle ground.

Nearshoring may come with some of the same cost saving advantages of offshoring, but focuses on reducing geographical, cultural and linguistic distances. For example, many western European OEMs have sought Electronic Manufacturing Services (EMS) partners with operations in Central and Eastern Europe. These are deemed to offer lower cost bases but are within easier travelling distances and are, in many ways, culturally more aligned. As such, the arrangement facilitates closer working relationships between parties, while often capitalising on a highly skilled and motivated labour pool.

Despite the fact OEMs seek partners closer to home, there are still risks associated with nearshoring. For instance, even small geographical distances may affect the standard of service and quality of an overseas production. Although delivery distance is reduced, there are still challenges involved in moving goods between locations. Furthermore, potential environmental and political risks in emerging countries can also jeopardise activities.

As a result many OEMs are working with EMS partners within their own country. This could see, for instance, a London-based OEM outsourcing to a Midlands-based contract manufacturer to escape London wages and unaffordable property prices.

Similarly, an OEM with customers in mainland Europe could gain considerably by partnering with an EMS company who can build, test, and ship on their behalf directly to the OEM’s customers.

Finally, there is 'bestshoring' - or 'rightshoring' - which involves taking an objective, highly analytical approach to identify the best location for your supply chain.

The bestshoring solution means making decisions that are solely based on quantifiable criteria, omitting any subjective or political bias from the process. As such it is often carried out by third party analysts.

Because it avoids speculation and seeks to weigh up all aspects, bestshoring is highly regarded by many industry experts. Yet an alternative view is that speculation and subjectivity is necessary when forecasting and calculating unforeseen risks, such as the possibility of political upheaval or natural disasters.

Like most things, this is an area that requires a lot of research and investigation and the suitability of any of these approaches clearly depends on the OEM’s products in terms of complexity, volumes, size and weight and customer locations to name but four aspects. However, we hope that this has been of help and has gone some way to clarifying the confusing array of xxxshoring terms.