The rising threat of social engineering for electronics manufacturers 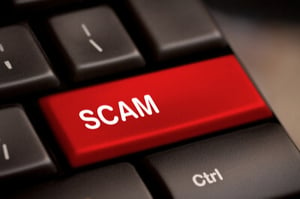 As increasing numbers of electronics manufacturers invest in advanced interconnected technologies such as robotics, real-time data analytics and artificial intelligence (AI), maintaining the security of their valuable intellectual property (IP) has never been more crucial.

For many electronics manufacturers, their intellectual property (IP) is often their single most valuable company asset.

However the growth in smart manufacturing, the advancement of automation and the increasing complexity of global supply chains means that virtually any connected device can place a company's valuable information at risk.

A variety of recent studies have highlighted just how vulnerable the global manufacturing industry is to the actions of cyber-criminals.

In 2017 NTT security revealed that thirty-four percent of all documented cyber attacks in Q2 of that year were focused on manufacturers.

And the 2018 report from the manufacturing membership organisation EEF highlighted the fact that more than four in ten manufacturers considered themselves to be 'unprepared' for a cyber attack.

Also in 2018, Cybersecurity Ventures predicted that cyber crime could cost the world an astonishing £4.7 trillion annually by 2021.

And the 2019 Cisco Cybersecurity Report found that thirty-one percent of organisations had experienced cyber attacks on their operational technology infrastructure.

One of the rising new forms of cyber threat is 'social engineering', which relies on the 'psychological manipulation' of individuals in order to gain access to sensitive or confidential information.

So what are the key facts that electronics manufacturers need to know about the growing cyber risk of social engineering?

And what steps can they take to ensure their people, their assets and their intellectual property stay safe?

The concept of social engineering is based on Robert Cialdini's widely regarded psychological theory of the six principles of influence:

The most common types of social engineering

When considered in the context of cyber crime, social engineering can manifest in a wide number of ways:

There are important steps that manufacturers can take to reduce their cyber security risk, including the introduction of standardised frameworks, the setting up of security protocols, the provision of staff training and the carrying out of intermittent testing and reviews.

There are also simple day-to-day habits that can be employed by every employee:

Social engineering is an increasingly significant, and constantly evolving, form of cyber crime that poses a threat to the security of individual employees and the companies that they work for.

Given that the manufacturing industry would appear to be seen as an attractive target by cyber criminals, it is even more vital that manufacturers get educated, that they toughen up their operational infrastructure and that they maximise their testing procedures, to keep their staff, their assets and their valuable IP out of harm's reach.