Conflict Minerals and electronics manufacturing: what happens next? 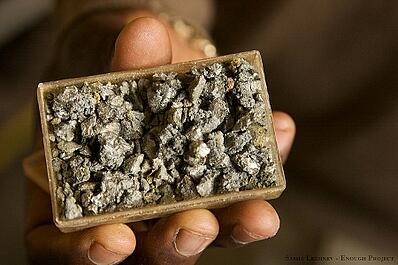 A few months back, we wrote a comprehensive overview of some of the challenges presented to electronics manufacturers by the very complex and emotive issue of Conflict Minerals.

Legislation, as you will remember, obliges companies to disclose the presence within their supply chains of tantalum, tin, tungsten and gold - now commonly referred to as 3TG - that originates in the Democratic Republic of Congo (DRC) and surrounding territories. With companies still wrangling with the challenges that this legislation throws up, we wanted to ensure you were up-to-date on recent developments in this area.

Conflict Minerals legislation: where are we now?

On June 2nd 2014 the first filings to the US Securities Exchange Commission (SEC) Dodd-Frank Act were due to be submitted by companies required to comply with US Conflict Minerals legislation. If companies were unable to provide accurate origination data for the 3TG elements in their products, they were allowed to defer the submission for up to 2 years (4 years for smaller companies).

The first results from submissions have been analysed by the US law firm Schulte Roth & Zabel, and in their view response rates were “relatively low” as only 1,315 companies, out of a predicted 6,000 (by the SEC) companies filed their ‘Specialized Disclosure’ (SD) forms. Of the 1,315 companies that did submit filings, just 243 claimed to be conflict mineral free and of these just 4 (Intel, Philips, Kemet and Signet Jewelers) had obtained external independent audits of their supply chain. These audits however do not prove categorically that the supply chains are free from these minerals, as the audit is focussed on the process of traceability and tracking, rather than the reality of the supply chain.

Although the legislation affects the electronics sector to the largest degree, it is easy to forget that the rules apply to all industries and sectors; for instance, even the World Wrestling Entertainment Inc. (WWE) has carried out checks with its suppliers, relating to apparel.

The US Commerce Department, as reported by Emily Chasen in the Wall Street Journal, has conceded that it is presently too difficult to track which refiners and smelters around the world are financially supporting armed militia in the DRC. The Department was required to list all known worldwide conflict mineral processing facilities by January 2013 but missed this deadline, blaming it on the time it would take to track all of the facilities.

The sheer scale of reporting involved is also highlighted by the size of the task for some of the world’s largest companies; Caterpillar – for example – has identified over 38,000 of its suppliers that might potentially provide parts containing conflict minerals, and for ABB the number is around 30,000.

What next in the move towards Conflict Free products?

The European Union is currently discussing its actions in this area, which are expected to expand upon the US legislation to cover all global areas of conflict. It is reported, for example, that Colombia’s mining organisations have also been associated with human rights violations. Human rights organisations, such as Amnesty International, are though disappointed that the EU legislation is likely to be voluntary, unlike that in the US which is mandatory. Canada is shortly expected to follow the US legislation.

As Emily Chasen highlights in her previously mentioned article, the U.S. Commerce Department is pressuring legislators to review the requirements; as Tom Quaadman, a VP of the US Chamber of Commerce, stated: “the conflict minerals rule creates the worst outcome - it has not helped lessen the conflicts in the Congo, and creates economic harm in the US”.

According to Ben Radley and Christopher Vogel of Al Jazeera a coalition of 70 Congo and Congolese experts has warned that the movement away from the area risks contributing to rather than alleviating the very conflicts the legislation sets out to address. Miners have lost their jobs and some forced to join the very armed groups the legislation was intended to weaken. The coalition advocates a political solution involving more consultation with the Congolese stakeholders, rather than a technical approach of law.

But unless the situation in the DRC radically changes in the short term, which looks unlikely, this legislation looks likely to stay. It may be that eventually the US and European laws will converge and a more proactive approach to the region will take place, and control of minerals extraction will create a stable supply chain. If this does not happen then a likely outcome is that companies will simply look elsewhere for their raw materials.

For the electronics manufacturing industry, the key players are the component producers who are able to control the source of their raw materials. Many manufacturers have yet to formally declare their products as conflict free, but the Electronic Industry Citizenship Coalition (EICC) is a useful resource for those wanting to identify smelters and refiners that have been found to be compliant.

The next submission to the SEC by obligated companies is due 31/5/2015, but whether the pressure on the legislation from NGOs, the electronics industry or even other political groups will change the reporting or the requirements is - in the view of this author - unlikely.