Conflict minerals update: an overview of the 2014 findings 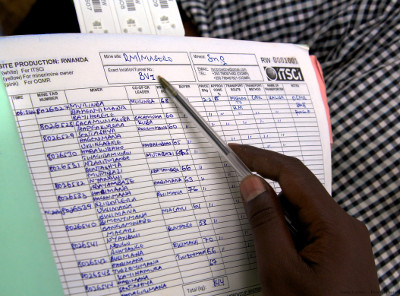 Now is probably a good time to review the current status of the legislation and the approaches being taken by businesses, legislators and other organisations affected by conflict minerals.

The 2nd annual disclosures by US companies were due to have been submitted to the Securities and Exchange Commission (SEC) by the end of May 2015.

Following the first submissions, in 2014, a review was carried out by the US Government’s Accountability Office (GAO), which released its conclusions in August 2015.

It is too early to draw conclusions for the most recent submissions, but the report into the 2014 findings does provide a useful insight into some of the struggles that organisations are experiencing with compliance of Section 1502 of the Dodds-Frank Act.

Findings from the 2014 submissions

The subtitle to the report, "Initial Disclosures Indicate Most Companies Were Unable to Determine the Source of Their Conflict Minerals", provides an indication of the major problem identified in the study from the analysis of the 2014 responses.

Many companies spoken to by the GAO directly for the study reported difficulties obtaining the necessary information from suppliers. This was mainly due to delays and other communication challenges. A request for information could mean an organisation having to go through a number of suppliers and through many supply chain levels.

The number of companies that filed the required forms in 2014 was 1321; significantly lower than the SEC's estimate of 6000 companies that the SEC forecast could be affected by the rule.

Of the four highlighted minerals, 58 per cent mentioned using tin, 43 per cent tantalum, 39 per cent tungsten and 44 per cent gold.

At this stage, with the 2nd year only just passed, the GAO is not making or proposing any firm recommendations, but only providing feedback and observations on this first set of data.

In my last blog, I made reference to a legal challenge that is being brought by the National Association of Manufacturers against the SEC, on the basis that the SEC’s conflict minerals disclosure violates the Bill of Rights First Amendment.

This has recently been reviewed by a US Court of Appeal, which agreed that there might be a case for companies to be forced to incriminate their business to consumers and investors. This could be deemed to be in conflict with free speech. The ruling did though agree with the majority of the conflict minerals rules, and companies are still expected to carry out due diligence and file reports accordingly. The SEC is reviewing the court’s decision.

There has been little progress within the European Parliament since the summer recess, so the  current draft proposal for companies to implement a mandatory process of due diligence, based upon the OECD Due Diligence Guidance, throughout their supply chain, is still to be ratified. Discussions in the EU Parliament are expected to continue over the next few months.

Another piece of legislation that will have an impact on the way some companies approach their conflict minerals policies is the UK’s Modern Slavery Act, which from October 2015 includes a section called "Transparency in Supply Chains". All companies with a turnover of greater than £36m, that trade in the UK, will be required to show, in their existing disclosures, their efforts in identifying and analysing the risks of human trafficking and slavery in the supply chain.

It is likely that more companies will be adding legal clauses to their contract terms; smelters will need to be "approved" and audits of supply chains will increase. But with a legal challenge and a lower than expected response to the first year's SEC requirements, it would appear that while companies take very seriously the human rights aspects of mining these minerals, there are  concerns with the reporting requirements.

Legislation is unlikely to suddenly disappear and, while there are clearly difficulties for organisations to meet the full obligations, it may well come down to a form of self-regulation, prompted by a fear of being tainted by an association with an area now well known for its human rights abuses. This may well be a greater deterrent than legislation.