How to avoid thermal shock during printed circuit board assembly 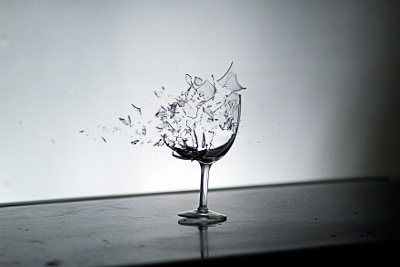 Sounds dramatic, doesn’t it? But for anyone involved in electronics manufacturing, thermal shock is a daily challenge - requiring close process control and supervision.

If this factor is left to chance, your printed circuit board assembly (PCBA) could end up in the scrap pile instead of heading to the next assembly stage.

So what is thermal shock and are the effects of it really that damaging to a PCBA? And what process steps and controls should original equipment manufacturers (OEMs) and electronics manufacturing services (EMS) partners follow to help prevent this?

What is thermal shock?

In its most basic form, thermal shock occurs when sudden temperature changes take place, causing different sections of an object to expand by differing amounts. This expansion can place the object under stress and strain, often resulting in catastrophic damage.

Surface mount reflow, manual re-work of a PCBA and the wave solder process all expose PCBs, electronic components, and solder paste to varying degrees of heat over a period of time. If any of the constituent parts have been stored incorrectly, or the reflow oven heating cycle is not properly controlled, thermal shock can occur.

Thermal shock is not constrained to just electronics manufacturing - an example many may be familiar with is a wine glass cracking after it’s run under cold water following a hot dishwasher cycle.

The effects of thermal shock during PCB assembly

Unfortunately, not all effects of thermal shock are visible. For example, trapped moisture within a semiconductor can cause it to delaminate internally, resulting in wire bond damage, die damage or hairline cracks. Failure analysis methods should identify these issues, but the technique itself is destructive - and if you are carrying out the process, then the board will have already failed somewhere along the line.

The more spectacular examples of thermal shock are, therefore, "better". That’s to say they are more obvious and should get picked up in advance of the PCB leaving the section. Visible signs that can appear include the bare board delaminating or warping, the plastic shrouds of items like connectors or headers melting or the "popcorn" effect of electronic components.

How can the process be controlled?

Printed circuit boards should, therefore, be prebaked and stored in humidity controlled cabinets before they are used within the assembly process. This removes any moisture present in the bare board prior to it being exposed to the high temperatures associated with PCB assembly.

The electronic components required must also be stored and handled correctly. Particular attention should be paid to moisture sensitivity level (MSL) ratings provided by the component manufacturer, in accordance with the JEDEC industry standard. There are eight levels of MSL (1, 2, 2a, 3, 4, 5, 5a and 6), and each denotes how long a component can be left out of its original packaging prior to reflow.

MSL 1 items are not deemed to be moisture sensitive and are referred to as having an "unlimited" floor life. At the other extreme, level 6 items need to be baked before assembly, regardless of how well they have previously been stored. They are extremely sensitive, and the dry packs they are stored within do not guarantee adequate protection.

As a result, if any quantities of circuit boards or electronic components need decanting into smaller quantities before assembly the OEM or EMS provider will need oven baking and vacuum sealing equipment on site.

What about the assembly process? In addition to solid materials handling, a good electronics manufacturer should ensure their surface mount and rework areas are environmentally controlled to mitigate the risk of temperature and humidity fluctuations occurring throughout the year.

They should also have a robust NPI procedure in place to ensure that a perfect reflow profile is created. Visually it can be hard to determine if a board is being heated up too quickly. Electronic component manufactures will often specify a maximum temperature change (ramp up) that their devices can withstand, which is typically between one and two degrees Celsius a second.

The NPI engineer may decide to attach thermocouples to a bare board before passing it through the reflow oven so they can monitor the results for "hotspots". Increased copper weighting, multiple layers, and board density can all affect how and where the board heats up.

Once a profile has been created, a "first off" build is often completed, again with thermocouples attached, to give the NPI engineer added confidence that the profile they have created is correct for volume production.

There you have it – the basics of thermal shock, how it can impact electronics manufacturing; and how OEMs and EMS providers can prevent the issue occurring. Providing your supply chain is proactively managed, electronic devices and circuit boards are stored correctly before build, and the engineering and production processes are tightly controlled, the risk of thermal shock occurring within PCB assembly can be significantly reduced.