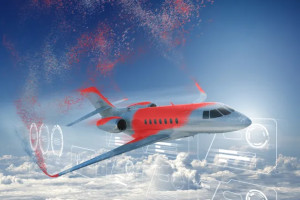 According to Cambridge Consultants, the future of IoT could well be 'smart dust'. At first glance, this might seem a bit sci-fi, but they have already developed a purely digital radio transmitter which is suggested could become so small and inexpensive that it could be used on, or in, just about anything.

This kind of technology really could open the door to a 'smart' manufacturing environment where the materials themselves - with appropriate 'dust' applied - dictate the manufacturing processes. Of course, this is already possible to an extent with barcodes and RFID tags, but having something so tiny and unobtrusive that could be embedded in even the smallest components opens up all kinds of possibilities.

The components could not only tell the production machines how to process them but perhaps also report at the end that they have been fitted, all present and correct, with no need for inspection. The possibilities are mind boggling!

Leaving aside any security implications, environmental concerns are bound to stir up some controversy. The thought of such things accidentally entering the food chain seems rather unpalatable, and I would guess that recycling would be tricky if not impossible.

However, there is little doubt that this kind of stunningly clever engineering will be influencing the way we do things to quite an extent in the future.

By massively reducing the cost of a technology that has a long range and can communicate with the billions of connected devices already deployed, we’ve helped open up more scope for revenue-generating and disruptive digital services.” Over the long term, this means that digital radios should become so small and cheap that they could be embedded almost anywhere, acting as ‘smart dust’ all around us. Sensors could be embedded in paint in order to monitor the stress on buildings and aircraft. Mountains could be dotted with tiny sensors as part of avalanche warning systems, and farms could be sprayed with sensors to track soil temperature and moisture content in real time.