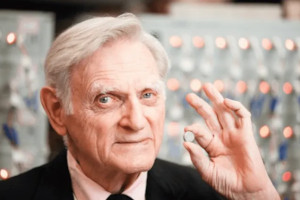 Kelly Hodgkins, writing for Digital Trends, makes some great points in this article about the potential of a new battery technology for electric cars. Amazingly John B. Goodenough, who is widely credited with starting to develop the now ubiquitous Li-ion rechargeable battery at the age of 57, is also involved in the creation of this new technology at the age of 94. I like to think this goes some way to proving that great engineers do indeed mature like fine wine!

As well as providing some very exciting technical specifications, it appears the potential safety improvements from this technology could yield real benefits to electronics equipment designers and manufacturers. Great as they are (well at least most of the time), Li-ion cells can be classified as hazardous materials and dangerous goods, meaning stringent shipping and storage regulations apply worldwide. The logistics of keeping equipment and battery separate, perhaps having to remove batteries after test, can be an inconvenience and unwanted expense at best. Let’s hope this is the solution!

Goodenough along with senior research fellow Maria Helena Braga, lead a team of researchers who have developed a low-cost all-solid-state battery that is safer and more efficient than existing lithium-ion technology.

The new battery uses a sodium- or lithium-coated glass electrolyte that has three times the storage capacity of a lithium ion battery. It also charges in minutes instead of hours and operates in both frigid and hot weather (from -20 to 60 degrees centigrade). Early tests suggest the battery is capable of at least 1,200 charge-discharge cycles, significantly more charging cycles than a comparable lithium-ion battery. And best of all, the glass-based electrolyte will not form the dendrites that plague lithium-ion battery technology.