What impact is the National Living Wage having on manufacturers? 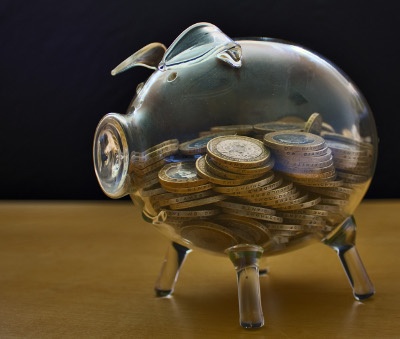 From 1 April 2016, it became law that workers aged 25 and over (and not in their first year of apprenticeship) would be paid at least £7.20 per hour - 50p higher than the National Minimum Wage (NMW) at the time for those aged 21 and over. When introduced, the age groups that benefited the most were 25-29 year olds, the over 60s and those working in elementary occupations.

In his speech, George Osborne went on to say: "Two and a half million people will get a direct pay rise. Those currently on the minimum wage will see their pay rise by over a third this Parliament, a cash increase for a full time worker of over £5,000. In total it's expected that six million people will see their pay increase as a consequence. And taken together with all the welfare savings and the tax cuts in this Budget, it means that a typical family where someone is working full time on the minimum wage will be better off."

As we fast approach April 2017 another increase is planned - which will be welcomed by many but will no doubt be a financial headache for others.

In this blog post, we clear up the differences between the National Living Wage and the National Minimum Wage. We explore how the NLW has impacted manufacturers and we look to the future, to consider what long term impact these increases will have.

What's the difference between the NLW and the NMW?

Prior to the introduction of the NLW, the minimum hourly rate payable was split into four categories:

The NLW is a rate above these categories, so the 21 and over bracket has now become 21 to 24.  The new bracket (defined as NLW) is 25 and over. It's worth noting that the existing four categories are still referred to as the NMW. Both of these shouldn’t be confused with the "real" living wage as this is something different again. You can read more about this and how it differs to both the NLW and NMW here.

The immediate impact on employers

When the NLW was first introduced, the Office for Budget Responsibility estimated that by 2020 there would be 60,000 fewer jobs as a result but almost a million more in total.

Research carried out at the time by the Office for National Statistics (ONS) showed huge variations between industry sectors. For example, over 33 per cent of employees in the accommodation and food services industry and 17 per cent of admin and support service staff were found to be paid below the NLW and would therefore feel the most impact. Conversely, businesses in the electricity, gas and steam industry, public administration and defence, and the mining and quarrying industry were found to be 0.5 per cent or less, meaning the impact of the proposed changes on them would be minimal.

So what about manufacturing? Well, in a survey conducted by the EEF, they found that over half their members were already paying staff aged 25 and over higher than the NLW. Despite the high number, 45 per cent still felt the NLW would lead to increased pressure in the future for them to increase wages.

37 per cent of those members surveyed suggested they would focus on productivity improvements to help offset an increase in labour costs along with 18 per cent stating they would be looking to automate processes further.

15 per cent said they would look to freeze recruitment or increase prices and 10 per cent of members surveyed suggested outsourcing, possibly to a lower cost location, would be an action they would need to take.

Looking to the future

From 1 April 2017 the rate is set to increase again to £7.50 per hour, the same month the apprenticeship levy comes into force. And it is further proposed that by 2020 the NLW will be £9.00 per hour, which is a concern for some firms already struggling to adjust to the planned increases. To put the increases into perspective, if an employee is earning the new rate of £7.50 per hour today then the rate of pay would need to increase by 6.5 per cent each year to reach £9.00 per hour by 2020. An increase far greater than most company's average salary increase ratio.

Rain Newton-Smith, the CBI's chief economist, said: "In a more challenging economic environment, the Government must be careful not to put further pressure on firms.

"Top of list for the high street and our manufacturers is for the Government to tackle the UK's outdated business rates system, as this seriously risks impairing their ability to deliver the jobs and investment in our economy.

"While the economy has proved resilient, inflation is rising and growth is set to slow.

"As uncertainty around the manner of our EU exit dampens investment and higher inflation erodes consumer spending growth, the Government must show that it is serious about supporting companies to invest, to help our regions and nations prosper."

Whether or not Brexit affects the proposed increase to £9.00 per hour remains to be seen. However, there is no denying that the rise in April 2017 and then the one planned in 3 years' time will hit more manufacturers hard.

So how are you planning to manage the next increase? One common coping strategy for many has been further investment in training so that the individual's value to the company rises as their salary increases. Perhaps you had to make tough decisions last year? If so, what has been the impact of these so far on your business? And finally, do you see these increases as a positive move forward or something that deeply concerns you?

Whatever your thoughts I'd love to hear from you!